SuperValu, together with the GAA, launch new “Bring It On” Diversity and Inclusion campaign

SuperValu and the GAA, announce their commitment to increase participation in GAA sports among people from diverse backgrounds by 30% by 2025.

New research published in conjunction with the launch of the campaign on 21 June 2021, has highlighted the strong need for more Diversity and Inclusion in our native games as 47% of respondents feel that there is a lack of role models from diverse communities in the GAA.

The response from the long-standing partners, SuperValu and the GAA was the launch of the “Bring It On” campaign. The research also found that 65% of respondents believe that diversity and inclusion in the GAA will have benefits for the wider community, while 85% say they would like to see more players from a diverse background on their inter county teams. This finding shows the overwhelming demand for more diversity in the community and the belief that a diverse society is a better society. 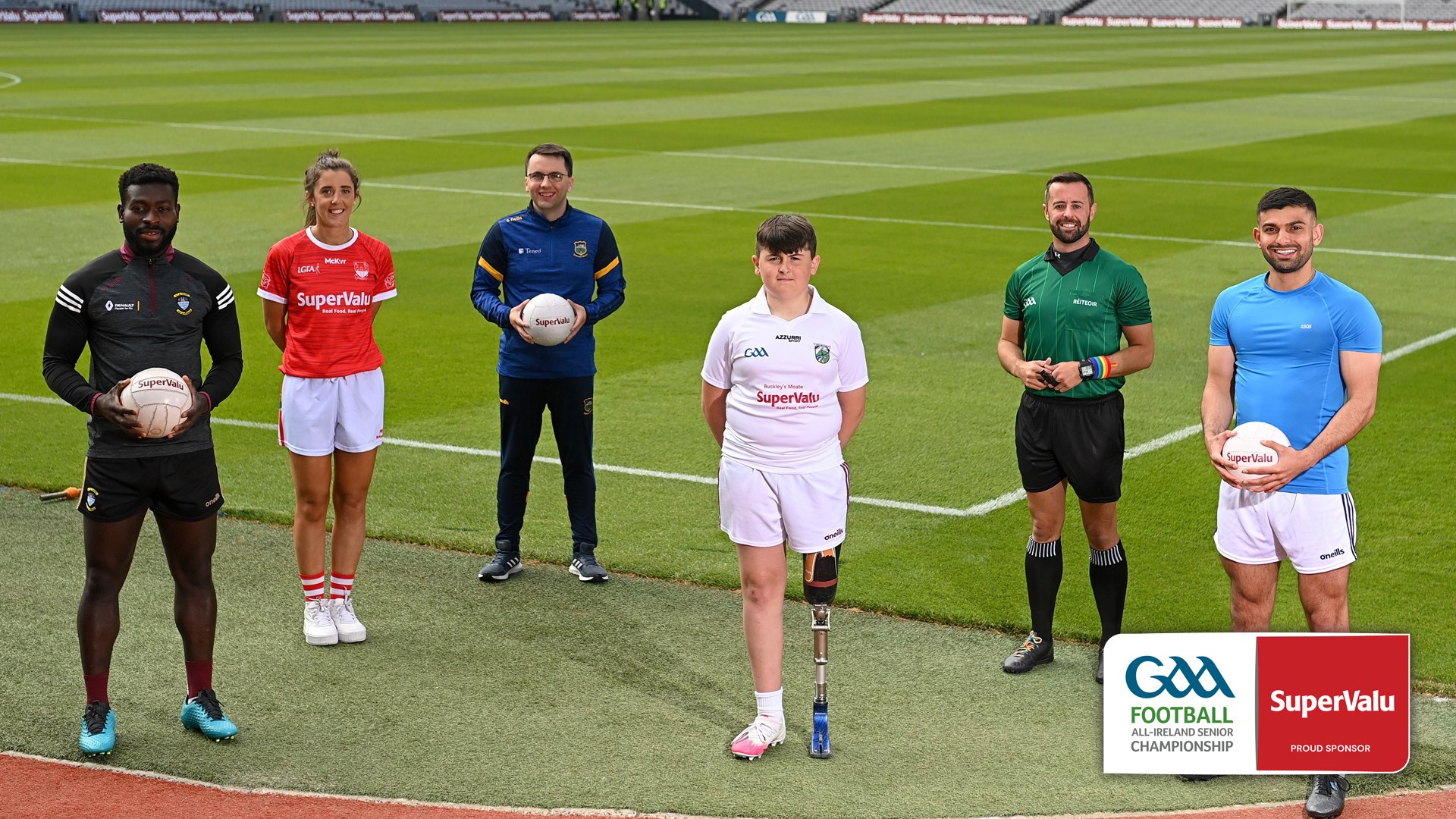 The research, which was carried out by Amarach Research on behalf of SuperValu, also showed;

SuperValu are committed to using “our position as a leader in the community to start this conversation and to support and encourage inclusive communities”, says Ray Kelly, SuperValu Marketing Director. Through an investment of over €1mil by SuperValu, the ‘Bring It On’ campaign aims to highlight the importance of diversity and inclusion in the GAA, and ultimately, the power of diversity in community.

The powerful ad released by SuperValu tells everyone to “Bring all the things that make you who you are” because at SuperValu “We believe community includes everyone”. This message was echoed by Sandra Healy, Director of the Centre of Excellence for Diversity and Inclusion DCU, during the launch of the Bring It On campaign, “Diversity is the recognition that each one of us is individually different and inclusion is when we are accepted & included regardless of our difference”.

Watch the full Bring It On launch webinar here.

Read more of this story here.