First Ireland Spirits is Ireland's largest independent Cream Liqueur Company which was established in 1993 and is located in Abbeyleix, Co. Laois. It has its own modern purpose built production facility on a seven-acre site just outside the town of Abbeyleix. Selling to thirty-three countries, the company is the largest Irish owned producer of Irish Cream liqueur and Irish Country Cream beverages in the world.

First Ireland Spirits also manufactures and supplies an extensive range of other alcohol-based liqueurs and pre-mixed cocktails, selling to over 40 countries around the world. First Ireland Spirits largest markets are the United States and the UK where its product range can be found in major retailers such as Tesco, Walmart and Costco.

A heavy investment in R&D, coupled with harnessing and developing its core brand values has given First Ireland Spirits a firm foundation for its business. Today First Ireland Spirits is part of the Quintessential Brands Group - an independent, international drinks company based in the UK. They employ 60 people in Abbeyleix.

Committed to the Local Community

First Ireland are the largest employer in Abbeyleix. They host regular coffee mornings/cake sales in their staff canteen with all proceeds going to local charities. In 2017 they contributed to 10 local charities.

To promote an active lifestyle, First Ireland developed a 5-aside football league that operated every Monday night throughout 2017 and continues into 2018. They submitted a team in the Interfirms GAA tournament and won the Laois Hurling Champions. Almost 50% of their work force was on the match day squad with the remainder present on the side line. promoting an active lifestyle. A fruit bowl in delivered to our staff canteen every Tuesday from a local grocery store to promote a healthier diet for our staff. 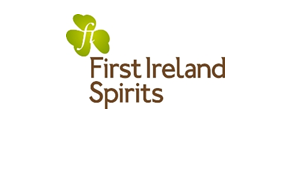