Castletownbere Fishermen's Co-Operative Society Ltd. was founded in 1968 by a group of fishermen who came together to purchase fuel in bulk. This led them to also amalgamating into a sales company to sell their fish.

In 1983, the Co-Op opened its first fish processing unit at the pier in Castletownbere. In 1990, they purchased a fish processing plant (1,500 sq. meters); in 2004 it extended the plant to 5,000 sq. meters where it now processes a large quantity of its members' fish - reducing the number of links in the supply chain from fisherman to customer.

We are based in the South West coast of Ireland, adjacent to some of the richest fishing grounds in the world; landing a high quality product direct from its own fleet of fishing trawlers. Our fleet consists of over 70 vessels, ranging from 10 to 40 meters; currently employing 250 people approximately. Turnover for 2013 was €55m, making us the biggest fish processors in Ireland.

Over 45 years of trading in fish, we have built markets for our products all over the world. We handle all species landed by our members which include all types of White fish, Pelagic species and Crustaceans.

Castletownbere have caused a 15% overall reduction in polystyrene usage since 2015.

The business have targeted reducing waste going to landfill by 42% between 2015 and 2019.

Committed to Reducing Energy Use: 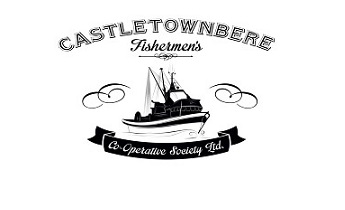