Finnegan’s Farm is a fifth generation, family-run farming business situated in the heart of the Boyne Valley region. Finnegan’s specialise in a number of crops, but the company’s main enterprise is in growing and supplying fresh potatoes to Irish retailers. 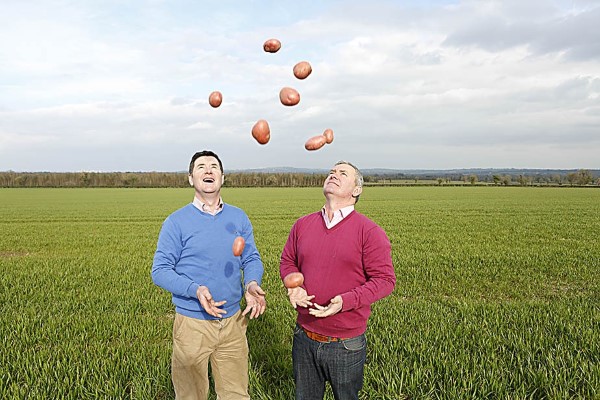 Pollinators, especially bees, make up an important part of Ireland’s biodiversity. The annual value of pollinators for human food crops is €53 million. Unfortunately, one third of our bee species are threatened with extinction in Ireland. In 2016, The National Biodiversity Data Centre and Bord Bia launched a framework for Businesses as part of the All-Ireland Pollinator Plan 2015 - 2020, which identified actions that companies could take to help boost pollinators and the livelihoods of farmers who rely on their invaluable pollination service.

Pollinator protection is critically important to Finnegan’s Farm’s operations, as all of the company’s crops require pollination for them to grow. Under the guidance of the All-Ireland Pollinator Plan, Finnegan Farm’s set an Origin Green target to increase the number of natural pollinators by protecting and maintaining natural habitats across the farm’s c.1800 acres.

Since bee species such as the honeybee, bumblebee and solitary bees are central to the fertilisation of plants, the company consulted with a local bee expert to place six beehives within its oilseed rape fields. This is an excellent location for the bee hives as the oilseed rape is an ideal food source for the bees. In the first year alone, the bee population in each hive has grown from 25,000 up to 70,000-80,000. In addition to increasing the number of bees on the farm, the company has also sought to promote other pollinators on farm by reducing the mowing of grasslands by 33%. This unmown grass provides a pollinator friendly environment allowing wildflowers to thrive among the long grass, thus providing an excellent food source for pollinators.

Looking forward, Finnegan’s Farm will seek to raise awareness of its biodiversity initiatives within the local community through a range of different topics, such as pollinator friendly planting and engaging with local groups.

HEINEKEN is one of Ireland's leading beer and cider companies, having been built on a proud brewing heritage that started in Cork 163 years ago. Today, HEINEKEN employs over 400 people in Ireland and is a major supporter of Irish agriculture and the wider economy

The Bretzel Bakery is a Dublin based bakery which supplies fresh bread to over 200 customers in the greater Dublin area, becoming synonymous as a producer of the highest quality bread.